Resume mistakes: Get the write right or dont botha. 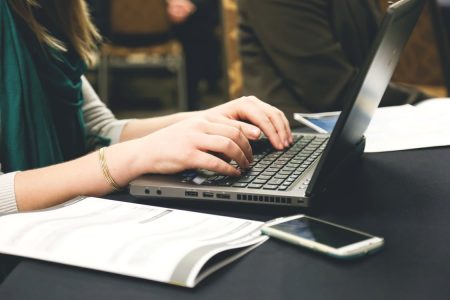 Mistakes on your resume can cost you a job interview. This post is another in our ongoing collection on resume writing and looks at common resume mistakes and why spell-check isn’t always your friend.

In terms of your personal life, it probably isn’t such a big deal, but typos, spelling mistakes and poor grammar can stop your career it before it even begins. As a representation of you, a resume riddled with mistakes tells a prospective employer several things about you, least of all that attention to detail isn’t your strong point – made worst if you use that cliché as a way to describe yourself (see The templates don’t work for more).

As we discuss on episode 3 of the podcast, The Interview, how you present yourself is important. There is an unspoken expectation that you will dress well and be prepared. If you walk in looking like you’ve just woken up, with next to no knowledge of the company you’re interviewing for, you’re not meeting that expectation.

Normally you only have the one first impression. When applying for a job and a subsequent job interview, however, there are really several consecutive first-impressions you go through as you introduce each aspect of yourself. The in-person interview is not the first of them. You introduce your appearance and manner, your writing ability, your confidence, your way of speaking, etc, at different points along the way.

Your first first-impression is really your resume and cover letter – or your enquiry email or call if you made one of those. Make sure it’s a good one.

You’re not differentiating yourself

I can more than double your chances of getting a job right now, with this one tip: make sure there are no mistakes on your resume.

According to research from job search site Adzuna, 54% of resumes contain at least one spelling mistake, while 46% contain two or more. If you have a mistake in your resume, you’re part of the majority. As we’ve discussed, time and time again, you need to differentiate yourself when applying for a job. So a good way to differentiate yourself from the rest is to have a mistake free resume (that I can easily read).

You’re on the fast track to the “no” pile

Google actually receives an above average 58% of resumes with at least one spelling mistake, according to former Senior Vice President Laszlo Bock. At the time of writing his post on common resume mistakes, he said Google would at times receive more than 50,000 resumes in a single week!

That’s a lot of resumes, and a good way to halve the number you have to consider instantly is to remove any with spelling or grammatical mistakes.

But that means someone at Google read your resume to check for spelling mistakes, right? No, a lot of companies like Google use resume scanners, which are programs that scan your resume for keywords related to the position as well as mistakes. If that scanner picks up your typo, it won’t be received by a recruiter.

So smaller companies are more forgiving? Again, no. In the case of a smaller company that may not have access to a resume scanner, you actually have two things going against you. Firstly, a recruiter will on average take 6 seconds to initially look at your resume to determine if you are the right fit for the job (they will read it more later). Secondly, it’s easier to spot a typo if you’re unfamiliar with what you’re reading. So for a recruiter who wants to get through as many resumes as quickly as possible, not only are they looking for a reason not to read yours, but mistakes will  jump out at them.

Spell checks are only the first of many ways you should be checking your resume before you send it.

Because you are already familiar with your resume, it’s difficult to pick up errors. To make your resume seem unfamiliar to you, you should read it bottom to top. As your sentences will no longer flow correctly, it will allow you to better identify mistakes. If possible, also give it to a friend to proof read for you.

Re-reading is also important because there are instances when an incorrectly used word has been spelled correctly, such as “I want you to me as pacific as possible.” The correct word is specific, but your spell check won’t pick that up.

With that in mind, you should start thinking about what mistakes you commonly make and look for them. I have a bad habit of mistyping “form” in place of “from”, so I now always do a quick word search for “form” and “from” before I submit my work.

Finally, check to see what language your spell-check is set to. There are differences between UK, US and Australian English which go way beyond slang and expressions. Each country has their own way of spelling words, such as organise/organize, labour/labor, centre/center and résumé/resumé/resume.

Of course, having perfect spelling and grammar doesn’t mean you’ll have a perfect resume. Successful Graduate starts your thinking about what is most important to employers. Learn how to craft your resume now.

Answering selection criteria 101
Why has an employer written this stuff?Selection criteria are a strange beast. Answering selection criteria is even stranger. This is a sister post ...
6 Kiat Sukses Untuk Mendapatkan Pekerjaan Pertama
Mencari pekerjaan pertama setelah lulus kuliah memang tidak mudah. Namun 6 tips dibawah bisa membantu bagi kamu yang sedang berburu ...
Resume templates don’t work. Self-awareness matters.
This post is part of an ongoing series on resume writing focussing on whether you should be using resume templates (tl;dr you shouldn’t). We ...
Job interview tips: it’s all about the employer
We’ve looked at resumes (and we’ll continue to do that more) but it’s time to start thinking about what you should be doing at the next stage. ...
How to be Bold - LinkedIn for Graduates
This is the first post on this month’s theme of social media and looks at how you can use LinkedIn to stand out amongst your peers. LinkedIn for ...