Home  >  Bank Pengetahuan >  Searching for graduate jobs around the world?
Published by gordon

Searching for graduate jobs around the world? 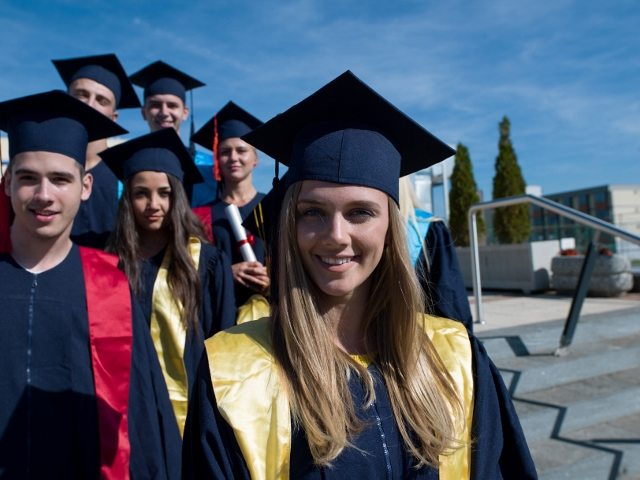 A recent newspaper article caught my eye: ‘Life coach says graduates must be more prepared to start at the bottom’. I thought that was a strange thing to have to say. Surely this is obvious? Of course new graduates should work their way up to their dream jobs. If you hold out for an advanced role but don’t have the practical experience necessary, you will be waiting for a long time! This article will help you to understand that by searching for graduate jobs in different markets, you will discover a trend for the top industry sectors that are employing graduates around the world.

Graduate jobs are available in many markets, and provided you are ready to start at or near the bottom, your qualification combined with graduate experience will kick-start your career. Your first employer will not be your only employer, and once you have the all important 1-2 years of graduate experience on your resume, there will be no stopping you!

Given the high number of you who study internationally, or who travel immediately before or after your study, I feel it will be worthwhile investigating for you which industries most graduate jobs appear in around the world.

So in no particular order (well alright, alphabetically), here are the top graduate employing industries in key markets:

The Australian job market is experiencing 8.2 percent growth (published June, 2015). Representing more than a quarter of Australia’s job vacancies are 40,715 professional jobs up for grabs. According to the latest Internet Vacancy Report, within this category ICT professionals top the list with 9,500 vacancies. Architects, transport and design professionals are enjoying the greatest increase in vacancies with 2,648 advertised, followed by medical practitioners and nurses up 25% to 4,569. Clerical and administration workers (27,704), managers (20,432) , technicians  & trade workers (19,877) and sales workers (15,749) make up the bulk of the remaining vacancies in Australia.

Most Australian jobs are being advertised in the States of New South Wales, Victoria and Queensland. Clearly, the Australian jobs market is solid with 157, 312 vacancies open this month.

According to the Canadian Department of Finance, “despite the weak global economic environment, the Canadian economy has expanded at a faster pace than other G-7 economies and the labour market has been resilient, with over 1 million net new jobs created since the recovery began in July 2009. Moreover, high-wage, high-skilled, full-time and private-sector employment has been the main source of job creation over the recovery.”

Proportionally fewer Canadians graduate with university degrees in high-demand fields such as science, mathematics and engineering than in many other OECD countries, and Canada appears to lag its peers in developing business skills. Of all Canadian provinces and territories that have enjoyed employment growth, Yukon, Nunavut, Alberta, Newfoundland and Prince Edward Island have seen the highest percentage growth.

Job creation over the recovery has been stronger in some occupation groups. Employment grew by more than 13 per cent in health and in natural and applied sciences occupations. Employment in social science, education, and government services; in art, culture, and recreation; and in trades grew by over 7%. Many occupations with double-digit employment growth over the recovery were high-skilled, high-wage occupations, which usually need university or college education or apprenticeship training. Specifically, about three-quarters of all jobs created over the recovery required at least some college education or apprenticeship training. Examples of such occupations include professionals in health and natural and applied sciences, lawyers, and contractors in trades.

A report from the UK Commission for Employment and Skills (UKCES) recently found that the number of job vacancies in England has returned to pre-recession levels. This is good news. What’s more, skills shortages are much more prevalent in some occupations and sectors than others – for example, in skilled trades such as plumbing and in health and social care. The density of skills shortages varies across the UK, being most acute in Scotland, where 25% of vacancies are caused by skills shortages, and less of a problem in Northern Ireland, where they account for 19% of vacancies. KPMG recently reported that demand for staff has continued to rise at a considerably stronger rate in the private sector than in the public sector. Demand rose for all nine categories of permanent staff monitored by a recent survey. Engineering workers saw the strongest expansion of vacancies, while Hotel & Catering roles registered the slowest growth. Nursing/Medical/Care was the most sought-after category for temp workers, closely followed by Engineering. The slowest growth was signalled for Executive/Professional workers.

So there you have a snapshot of current vacancies in some key markets around the world. Remember that if you are prepared to start at the bottom and work your way up, you will eventually work in your dream job. Have you thought about how to sell yourself to your first employer? Take a look at our inexpensive Successful Graduate Course to get started.

Did you find this article helpful? We have built this site for you and your friends. Please share this article if you think others will benefit from it using the links below.

Answering selection criteria 101
Why has an employer written this stuff?Selection criteria are a strange beast. Answering selection criteria is even stranger. This is a sister post ...
6 Kiat Sukses Untuk Mendapatkan Pekerjaan Pertama
Mencari pekerjaan pertama setelah lulus kuliah memang tidak mudah. Namun 6 tips dibawah bisa membantu bagi kamu yang sedang berburu ...
Successful Graduate Podcast 01
What does all the noise about graduate employability actually mean?In this, our first Successful Graduate podcast episode, Anton Crace interviews ...
Resume templates don’t work. Self-awareness matters.
This post is part of an ongoing series on resume writing focussing on whether you should be using resume templates (tl;dr you shouldn’t). We ...
Interview Practice Makes Perfect
We can’t over-emphasise the importance of interview practise along with practising everything you learn in The Successful Graduate ...